The World Is Heading Towards Corworking Spaces. What About You?

With the movement from Gen X to Gen Y, or sometimes called “the Millennials”, more opportunities and diverse perceptions have been created. For the last few years, a global trend came up, paving the road for the new generation and facilitating their behavior. There has been a radical transition from traditional offices to more creative and control-free offices, dubbed “coworking spaces”. This trend started late 2011 but has grown so rapidly that people are sometimes involved in it to be part of the latest development in business, technology and entrepreneurship. According to Global Coworking Survey 2015-16, in 2014 and 2015, the growth rates were 49% and 42% respectively. In just a few years, up to October 2014, the number of people working in those spaces has reached more than half a million.

Furthermore, for 2016, expected growth will reach 79-89%. With this rapid change in the way people work, other changes including social and demographic ones are expected be affected as well due to their positive impact that ranges from innovation, integration, networking to sharing and others that are too many to mention. This brings up a crucial question, when will you be part of this global change? 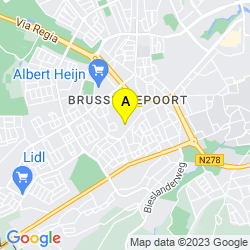